Our world is going through massive changes at an unprecedented rate. You know everything is going topsy-turvy when you hear that there’s a new currency in town conjured out of thin air. You must have heard of Bitcoin and if you haven’t it’s a cryptocurrency founded to eliminate the problems of the existing financial system.

This is the story of Bitcoin and the future. 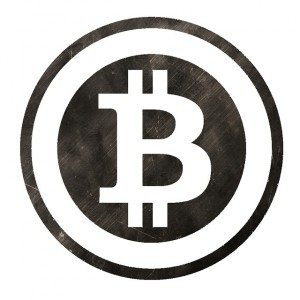 It all started in October 2008 when a person under the pseudonym of Satoshi Nakomoto published an article in one of the most popular Cryptography blogs in the world. This person spoke about the dawn of a new currency, a digital currency, a currency for the Internet. He termed it Bitcoin.

Bitcoin in a simple sense was created to counter the excessive transactional costs of other mediums of exchange like Paypal and intermediaries like Visa. So whenever you transfer money to another person or you swipe a card, there’s a 2 to 3 % transaction fee that is levied.

Why do companies like Paypal and Visa levy this charge?

They do because, they are the gatekeepers of the ledger. They establish the proof that a person has paid another person. With Bitcoin, this ledger is public. Anybody transacting with Bitcoin can see who has paid who and how much has been transferred. So how does one verify whether a transaction has actually happened.

Through a concept called Blockchain. The Weforum post has a perfect image depicting the Blockchain process. This almost is a crowd-funded approach to currency.

Why will it be the future of currency?

It eliminates the middleman. It is high time, people have control of their own finances. Getting charged unnecessarily of your own precious cash to make a transaction that is so seamless already is criminal.

It gives lesser power to Financial Banks and other companies like VISA who can freeze your account at will.  Your money should be under your control and this is what Bitcoin is aiming at.

There is no concept of a Bank Holiday in Bitcoin, so you can transfer the amount whenever you want. Your personal information is kept hidden, this helps from identity theft and other problems that come with revealing your identity. As the ledger is open, anybody can verify the transactions that has happened in the Bitcoin network.

Currencies like Bitcoin will become mainstream as time rolls by. They will play a much more important role in the economy of the world because of their transparency, low fees and the security they provide to their users. Bitcoin is here to stay.