Lets talk about Cryptocurrency and whether they suit your Investment Portfolio

Blockchain, the new technology that is getting a lot of attention, coverage, and hype from around the world. There have been many claims over how this new technology can revolutionise, or even disrupt many industries, including the new economies – the sharing economy companies like Grab, AirB&B, etc.

One popular example of this technology is cryptocurrency – Bitcoin. Bitcoin is the first cryptocurrency invented that has gained tremendous traction and support. To prove its dominance and popularity, since its inception on 31 October 2008, its market capitalisation has grown to more than $69 BILLION. This might not seem much, given that there are much more companies which are worth more than that. However, there are also many other cryptocurrencies which have high market capitalisations: Ethereum ($28B), Ripple ($6B), Bitcoin Cash ($5B). 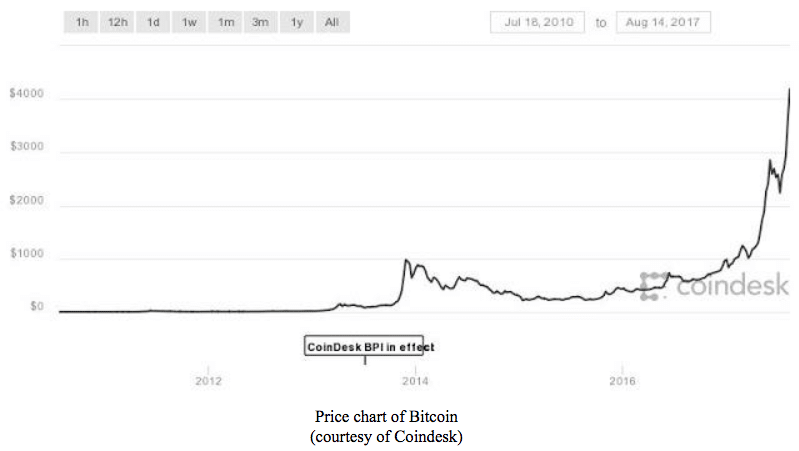 We are also seeing a wave of  Initial Coin Offerings (ICO) where multiple new cryptocurrencies are being launched and funded by like-minded individuals, in hopes of reaping enormous profits. In view of this, the Singapore regulator, MAS, is actively controlling this scene. You might be thinking why are there so many cryptocurrencies and are they even different? We will draw the references to Bitcoin and Ethereum specifically for easier comparisons.

Technically, each cryptocurrency uses different programming languages even though they are governed by the concepts of distributed ledger and cryptography. Eg. Bitcoin is a stack based language and Ethereum is on Turing Complete.

Fundamentally, cryptocurrencies are modes of payment but the way which they derive value is different. This is extremely important as the news affecting its respective prices will be different. Bitcoin, being the first cryptocurrency, function primarily as a main mode of payment. Ethereum, however, is mainly a platform that supports peer-to-peer contracts and decentralised applications. Ether is then the corresponding currency for the services provided on Ethereum.

Given its more specific purpose, Ethereum has a committee to direct its usage and ensure that it fulfils its purpose.

Besides these differences, cryptocurrencies are highly volatile and easily manipulated given its infancy. Just 2 months ago, Ethereum experienced a flash crash – it fell from being worth a few hundred of dollars to almost worthless in a few seconds. Similar to any product, it is exposed to supply and demand forces. Early adopters with large holdings can easily affect the market stability of the currency when the market is flooded with a large amount of currency. This story is not unique to only Ethereum but also to Bitcoin.

Just a few days ago, Ripple (another upcoming cryptocurrency) went up by almost 100% in 3 days due to speculations that it might have a major partnership with Korean entities. This might just be entirely based on a photo that resembles the Korean country shape! This might just be purely coincidental. To conclude, cryptocurrency might not be suitable for all investors, given its volatility and perhaps, lack of underlying valuation methods. However, if you are able to manage (or tolerate) its risks, it can be an extremely good add-on to your portfolio, providing exposure to the FinTech industry.